BACK TO ON STAGE

Behind the Scenes and Between the Lines

This Show is closed 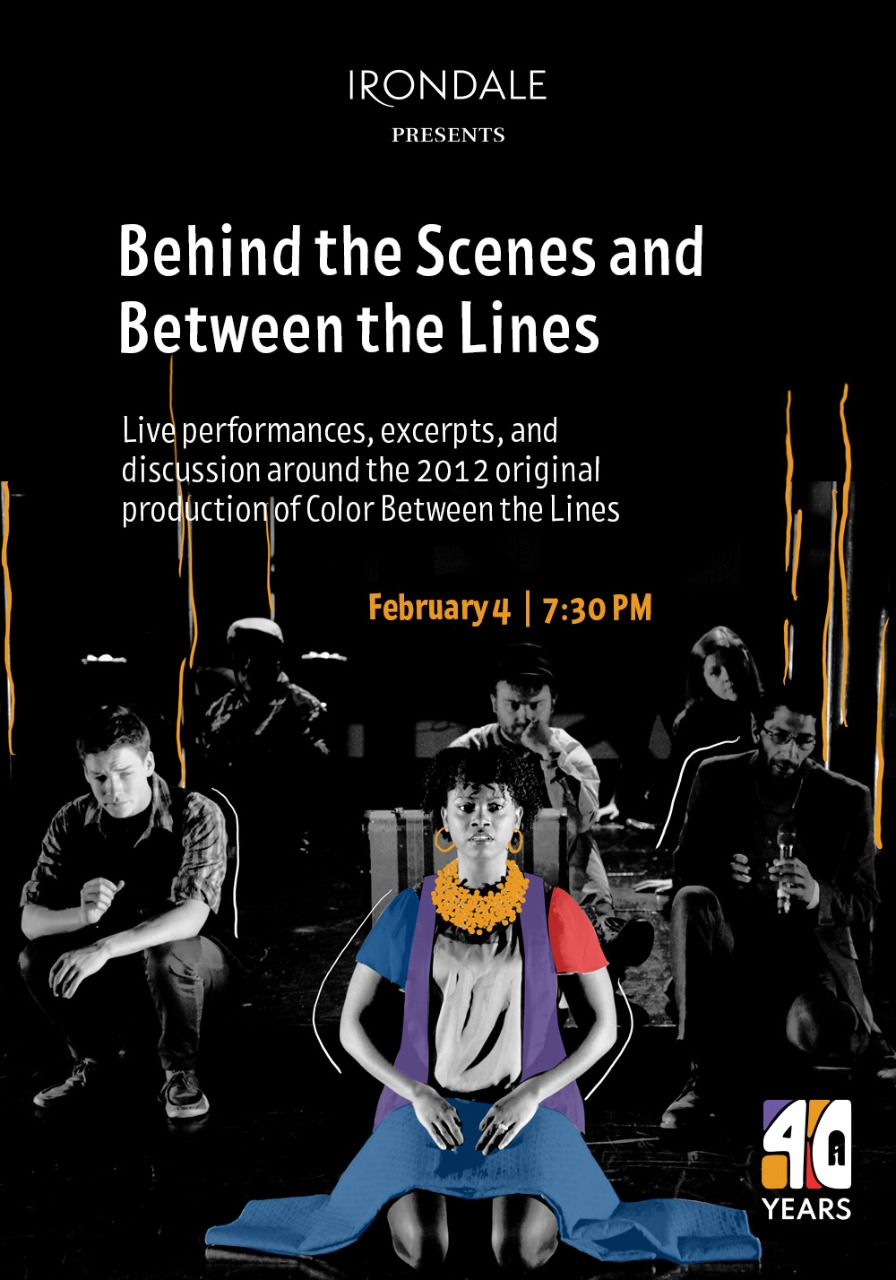 The Space at Irondale

In the decades after the Revolutionary War the anti-slavery movement gained ground in New York City, and Brooklyn became home to one of the largest concentrations of anti-slavery activists in the entire United States.

Through original songs, developed by its ensemble cast/creators, Color Between the Lines takes a deep dive through the people and places that shaped the borough of Brooklyn, and recognizes the history of the community, its struggles, its victories, and its evolution to become the borough we know today.

On February 4th, Irondale will present live performances, excerpts, and discussion around their 2012 original production of Color Between the Lines – a work created as part of In Pursuit of Freedom, a collaboration with the Brooklyn Historical Society and the Weeksville Heritage Center, this musical theater piece was devised by eight members of the Irondale ensemble and explores the abolitionist struggle in Brooklyn.

This was the first major public history project to tell the unknown story of Brooklyn’s abolitionists and it celebrates the unknown, ordinary people who did extraordinary things in perilous times.

You can also purchase the CD with the original songs to Color Between the Lines. Visit our store here.

In honor of Irondale’s 40th anniversary, admission is free to all.

As Irondale celebrates its 40th Anniversary, we are looking to the future as we remember the accomplishments of the past. Please make a contribution of $40 to help us getting number 40 off to a great start.

Your gift will be fully tax deductible.

Be the first to know

Join our newsletter
Thank you! Your submission has been received!
Oops! Something went wrong while submitting the form.

This website was made possible through the generous support of the Emma A. Sheafer Charitable Trust.
Designed by Fernanda Soares. Photos by Gerry Goodstein.